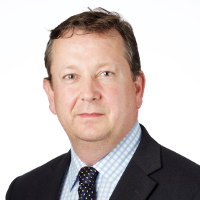 Mark Simpson has over 30 years of experience in capital markets on three continents. In the early 1990s he was ranked the No.3 to No.1 European Airline analyst over a number of years when working at UBS and HSBC James Capel. He then moved to Hong Kong in 1993, where he maintained coverage of the airline sector on a more regional basis, including being involved with the restructuring of Cathay Pacific's shareholdings and the Qantas IPO. After moving to Australia in 2007, he maintained more of a watching brief on the sector but returned to cover the listed airlines full-time in 2014 when he joined Goodbody.